Stories of Faith: I’ll Be home for Christmas 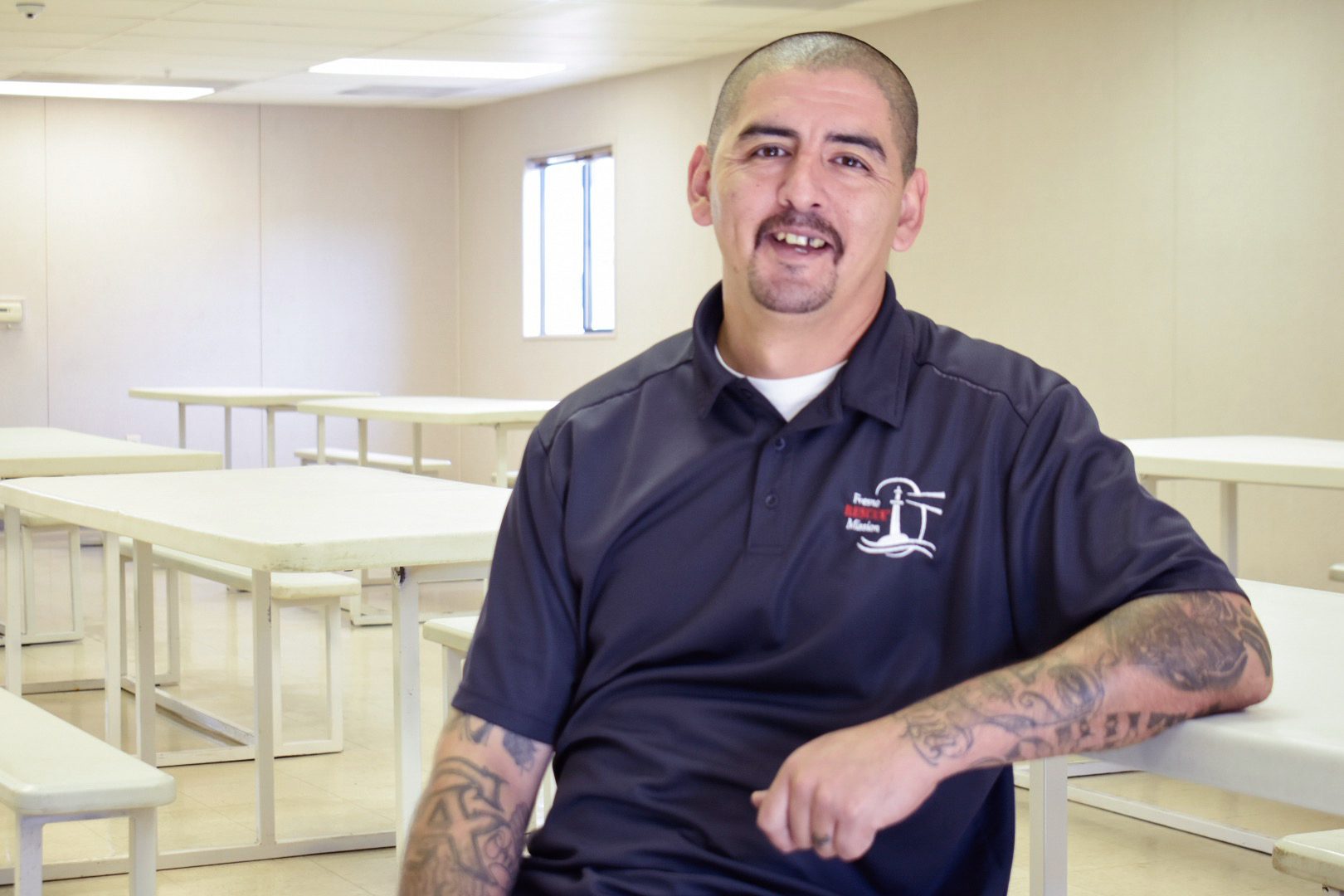 From the age of 13, Felipe was a gang member. Now, age 34, he has no memories of a family Christmas.

“I lived without any peace for over 20 years. Because I was always at war with other gangs, my family had no peace either. To this day I have no explanation for being alive or never being shot. I was always armed and was involved in countless shootouts. It wasn’t until I lost my brother and my mother that I walked away from the lifestyle. My brother (age 18) was killed in an auto accident on September 27, 2015, and my mom, who battled complications from diabetes, passed away on November 8, 2015, from the sadness of his loss. All of a sudden I could feel the pain of deep loss, something that I had caused others. It just hit me. I couldn’t do that to people anymore.”

Felipe sought help through the Fresno Rescue Mission but left after 4 months to try recovery through an outpatient program. It wasn’t enough. Eventually, he came back.

“I was sitting in the chapel service at the Mission one evening and felt like the chaplain was speaking about me. Every word he said was about my life, playing out in every detail. I can’t explain what happened next, but I felt free. Listening to Him talk about Jesus gave me hope. The Lord was suddenly there, and very real to me. At that moment I committed my efforts to the program and committed my life to follow Jesus. I called my probation officer and told her I was back at the FRM Academy. Even though I only had 3 months remaining on my probation, I knew I needed more than a release from the courts. I needed the life God was promising me.”

No longer a threat, Felipe is working toward a new kind of life. Because of the time he spent living on the streets, he never finished school. Even when he attended school, he struggled. “My reading comprehension level is very low, so I will be taking GED courses for a long time. It’s something I need to move forward, but it’s also something I really want. I struggle when I try to read Scripture. For now, I just listen to what I hear other people read and hear. They sound so smart and they get things I don’t. Reading is not easy, but I won’t give up. I want to hear God talk to me in His Word like others do.”

Felipe has now finished his 1-year residential portion of the Academy program. He transitioned into Aftercare and was hired by the Mission to work as our Cook in Food Services.  “I love working in the kitchen and learning from the rest of the staff. I’m very shy – it’s an odd personality trait when I consider the reputation I used to have, running the streets – a time when people were afraid of me. Now, being around people who are kind is new to me. The program staff and the men enrolled in the program help me grow and engage. I also like the people I meet who come in for meals. There was a time when I would have used their pain and addiction to build up my gang status and reputation. Today, I cook for them. It feels good.

Actually, my whole life changed. My friends and family no longer see me in the same way either. God has changed me so much that my life has become a living testimony to His love, power and continued grace. He restored my connection to the people I loved and missed. Because of that, this year I’ll be home for Christmas. It will be the first time in,…I can’t even remember. No more violence, and no more worries that bullets will fly through the walls unexpectedly. From now on, I’m living with hope in the future God has for me.”

Felipe’s story appeared in the December 2018 edition of Lighthouse News.

Give to Change Lives
PrevPreviousMy Heart Beats For You, God
NextHard-PressedNext
Go to Top