Stories of Faith: “Now I have Christ as my foundation.” 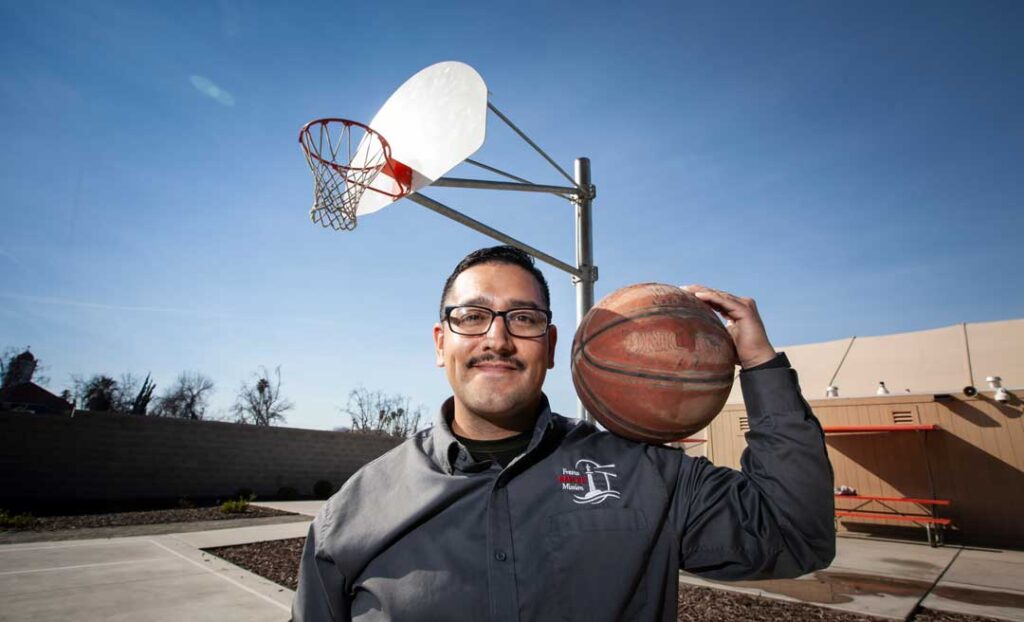 At just 17, Taj ran away from home and his family, determined to build his own life. “But life on my own was just insanity,” he says. “It was like building your house on sinking sand.”

Taj had often longed for stability. Growing up with a parent who drank a lot made life at home hard… To make life easier, Taj attempted to find belonging with his peers by drinking to fit in.

Over the years, he had a family of his own and managed to hold good jobs as a commercial driver – but he relied on substances to stay awake during the long hours he drove. “I had this false belief that I was functioning,” he says.

When Taj’s lifestyle finally led to trouble with the law and time in prison, it was the wake-up call he needed to change his life. “It was part of God’s plan to say, ‘Son, slow down,’” he says.

But upon his release, Taj had nowhere to go and was unsure of his next step… until he found the Fresno Mission. “I didn’t know it at the time, but Christ led me here.”

Beyond receiving a safe place to sleep, Taj accepted Christ while attending chapel at the Mission! And through the faith-based classes and guidance in our Men’s Academy program, he experienced God transforming his life.

Today, Taj has healed relationships with his family, he has a vehicle and place of his own, and he’s working as a coordinator at the Mission.

“God has cleared the way so I can do His ministry,” he says, “ministering to people on the street, talking to them and praying over them, and seeing them come here and better their life. That’s God moving right there.”

This Thanksgiving season – and all through the year – your kind generosity fills hearts with hope and gratitude… and transforms lives through God’s love! “Now I have Christ as my foundation… I see myself as a man of God.”

Taj’s story appeared in the Fall 2020 edition of Lighthouse News.

Give to Change Lives
PrevPrevious“God is molding me into the Linda he made me to be.”
NextYou changed Kim’s lifeNext
Go to Top